Lately everyone.. No matter what is written.. No matter what actions you see
You think that ‘is that a spoiler for the album’ right? Keke
I understand everyone’s heart 1000000% keke
Ah that said, I don’t hate it or feel like it’s a burden
Even if it’s for a while, I wanted to ease that heart (?)
So I’m writing this keke

I’ll talk about it frankly!
Firstly, I’ll talk about the album.
We’ve recorded up till 70% of the album. To be honest, if the title song is out, 50% of it is done.. keke
Ah, out of the songs included, you would probably have heard one of it? But with a different vibe/color?
I can only give hints up till here.

Alright, what will you be curious about next.. Thinking about it.. Stage? Choreography? Etc etc..
This time we’re attempting something new.
Firstly the title song has gone across the ocean far far away
Even without a passport, it has gone well. This is also up till here, it’s everything..right? keke

On a broadcast, I said (the comeback) is in April.
Even the end of April is considered April, please remember that well.
Please hold on to that heart and wait a little.
It’s not like an album could be released just because I want it to right..? keke
Being able to release an album and having everyone waiting for that album
I’m happy.

I hope it’ll be an album will be able to satisfy everyone
Now I will..

I’m not a blabbermouth, I don’t know.. I don’t know—If it doesn’t work out, it’s Cube’s fault 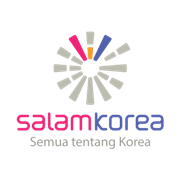